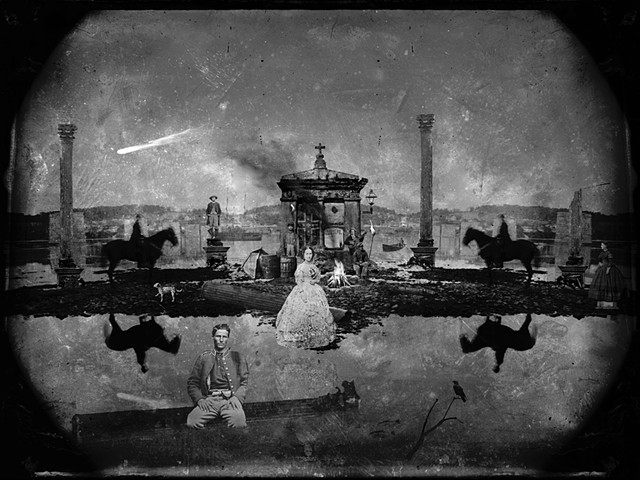 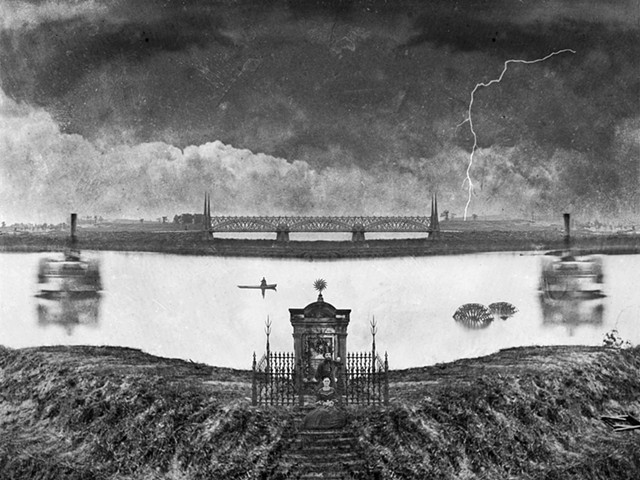 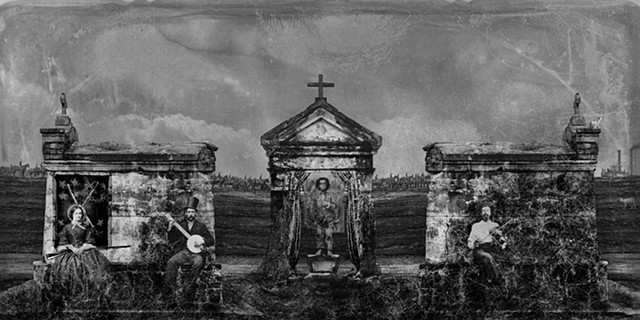 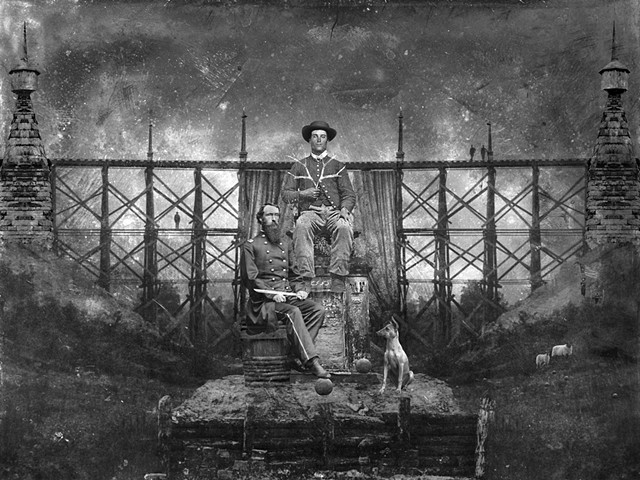 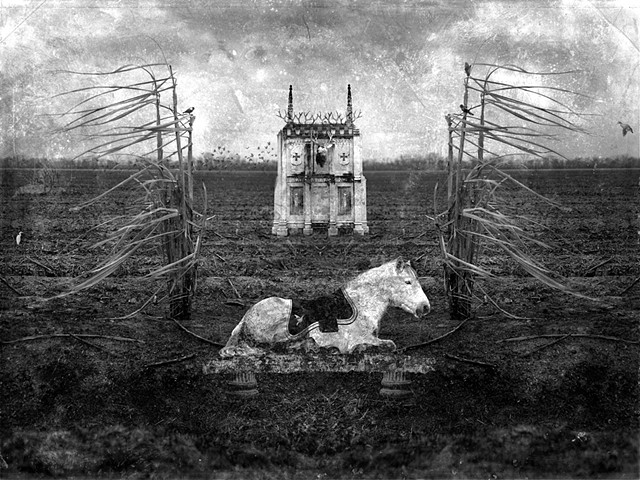 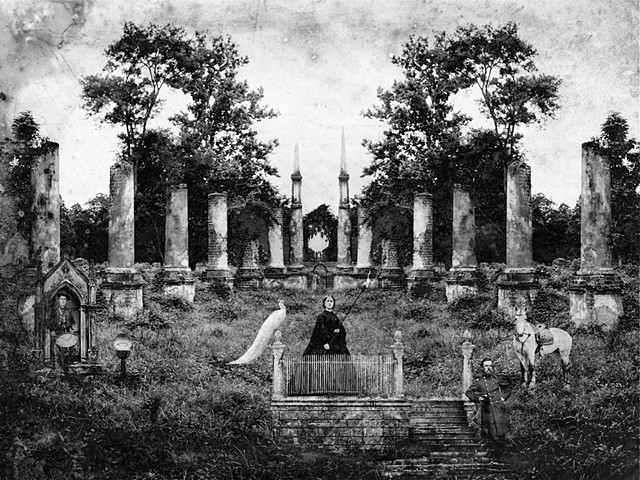 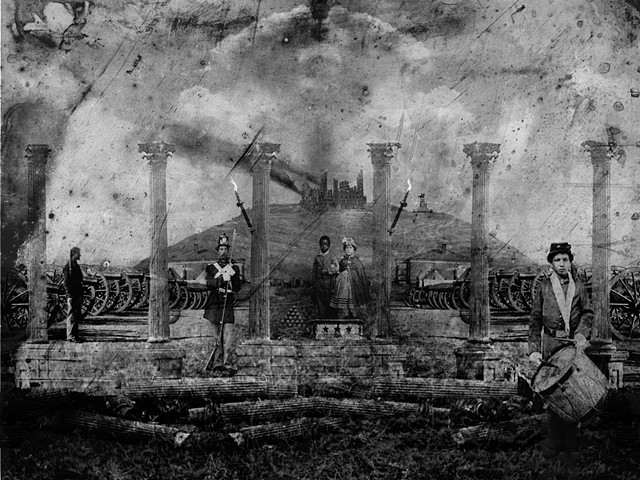 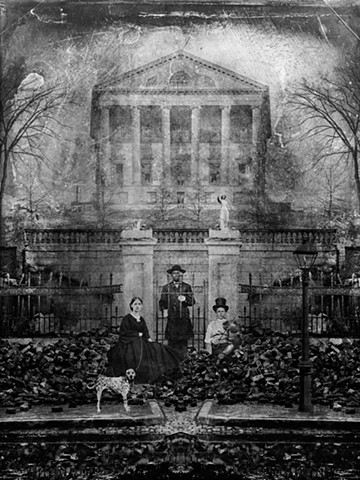 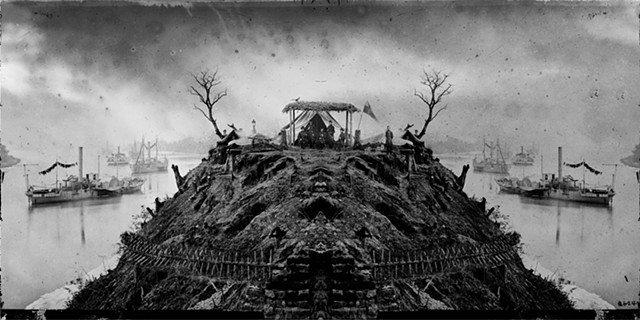 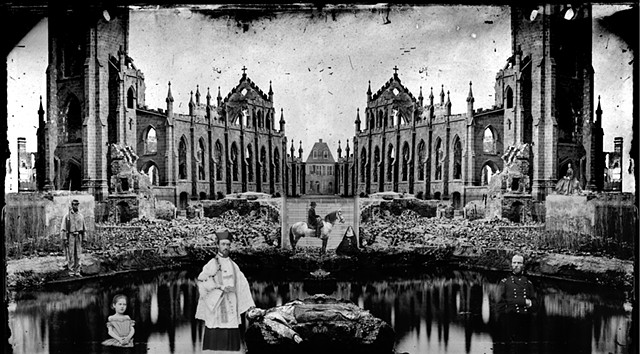 These photo collages depict an arcane netherworld set in the mid19th century American South. Created in the realm of historical fiction, they weave together the disparate, war-ravaged lives of soldiers, civilians, slaves, women, children, and animals as they gather, in ritual and in ruin, to celebrate, glorify, exalt, and mourn.

In creating these portrait collages I combine elements from historical images with my own photography. Each piece contains approximately one hundred layers which are digitally sized, blended and collaged into a single, large scale image. A selection from a review of this work at Cole Pratt Gallery by Dillon Raborn in Pelican Bomb, New Orleans, LA., August 21st, 2017:

“Fictions have power, and presenting those fictions tangibly can open them to re-evaluation. Key to Knox’s photographs however, is the ambiguity of narrative in his alternatives histories, playing out in specific parameters. His specters with their blank expressions and hesitant comprehensions of their bizarre afterlives exist in a dystopian world somewhere between 1861 and 2017..."